Have you just scoured google or invited Alexa to find Reigate Scrap Cars companies? Do you want to sell your old car and now need to get prices? If that sounds familiar, you will be pleased to know that MJ Recovery can solve your end of life vehicle scrappage troubles.
Suppose you live in Reigate and wish to sell a damaged scrap vehicle that you no longer want and want to sidestep paying through the nose for the aggravation of getting rid of your old car.
At MJ Recovery, we can give you an instant quote and offer cash, plus a free collection of your salvage scrap vehicles! If you have agreed to a deal with a car take back firm near you, we also provide car transportation to the scrap yard on your behalf.
MJ Recovery has been collecting scrap cars for Reigate residents from all walks of life, the best prices paid for car scrapping for around thirty years 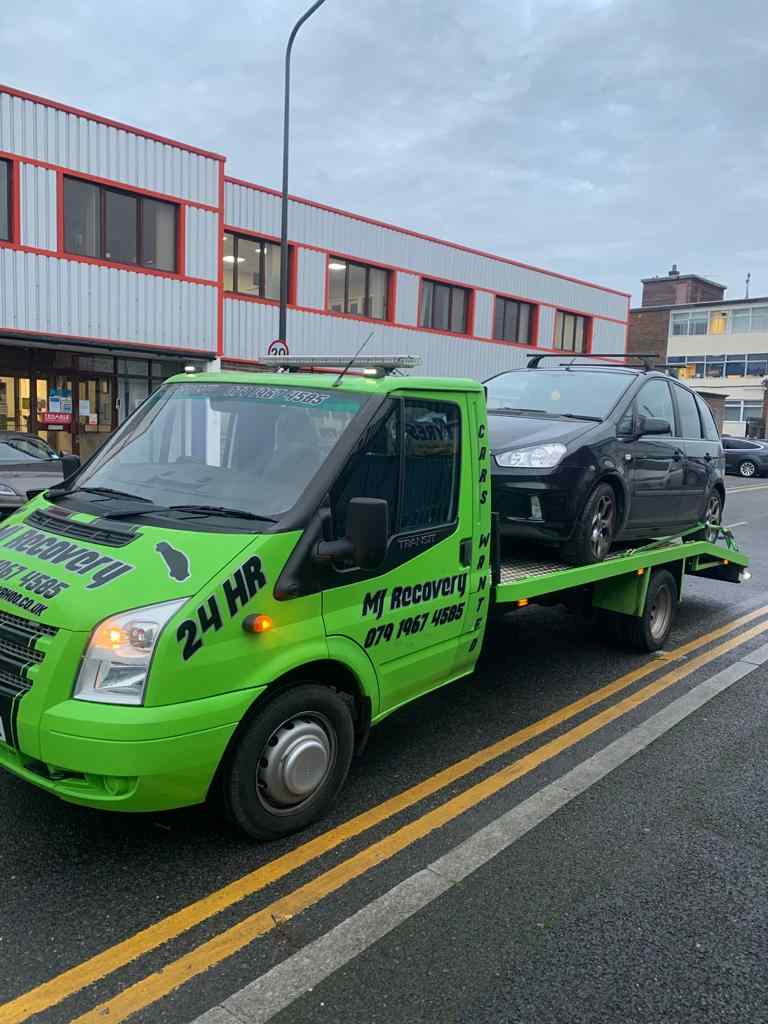 We collect Reigate’s scrap cars throughout Surrey, London and Kent. Our car takeback mission is to pay the best car prices for the vehicle owners with quick collection saving them from storage and parking expenses that are usually utterly ridiculous.
Likewise, the latest Ultra Low Emission Zones in the hub of London leaves countless motorists of ageing and damaged cars confronted with being charged significantly more cash for their day-to-day commute to the office. There has never been a more sensible juncture to recycle your old car and get paid some money for it.
Getting rid of your Reigate scrap car with MJ Recovery couldn’t be more straightforward. We’ll even tolerate all the DVLA car registration paperwork for you.

Can MJ Recovery get me the best car scrapping prices in Reigate? Without a doubt, MJ Recovery comprehends the significance of trusting that your End of Life Vehicle has appropriately and responsibly disposed of. As a partner of a long-standing Authorised Treatment Facility, our customers depend on our vehicle scrappage services. We are proud to be considered the best choice for all their unwanted vehicle & car salvage requirements in Reigate.
To benefit from our fantastic car scrapping prices, peace of mind from knowing that your car has been appropriately disposed of, together with good old fashioned car take-back service, get in touch with our car scrappage collection team today on 020 3369 1269

Act now if you own Reigate scrap cars that take up room on your driveway or drain your bank balance from storage costs! Get prices for your old car from MJ Recovery today, and we can collect your unwanted car within 48 hours. The money is paid into your bank account the same day in most circumstances.

You can commonly hope to pocket up to £200 for scrapping a family-sized car with an instant quote, so what are you waiting for? With MJ Recovery, car scrapping is a doddle, just another reason that we are the Reigate car collection service to trust. If this all sounds like a pipedream, we think the proof of the pudding is in the eating!

We guarantee instant competitive quotes for Reigate scrap cars. With quick free collections around Reigate & Surrey. Get your immediate payment, and we will handle the DVLA paperwork for you.

CALL US FOR YOUR FREE REIGATE SCRAP CAR COLLECTION NOW!

Although we are established vehicle scrapping professionals, we also provide a complete breakdown recovery service! We will continuously surpass any quote given for our excellent recovery service. Whether you are in Reigate, Surrey or Kent, we make it our mission to get to you as fast as possible.

A Few Of Reigate’s Interesting Facts …

Reigate is a town in Surrey, around 19 miles south of Central London.
In the Domesday Book of 1086, Reigate emerges as Cherchefelle, and in the 12th century, it is documented as Crichefeld and Crechesfeld. The name means “open space by the hill or barrow”.

It was controlled by William the Conqueror, who had carried the lordship in 1075 on the demise of Edith of Wessex, widow of Edward the Confessor. The term “Reigate” first appears in written citations in the 1190s. Reigate was predominantly an agricultural settlement during the medieval and early modern times.

After the arrival of the railways in the mid-19th century, Reigate started to expand, and the sale of large portions of the priory estate in 1921 freed other grounds for housebuilding.

Reigate Castle was constructed in the late 11th or early 12th century, most probably by William de Warenne, the second Earl of Surrey. Reigate castle took the form of a motte-and-bailey castle, originally constructed of timber. Still, the curtain walls were reconstructed in stone almost a century later. A water-filled moat area was excavated into the clay on the north side, and a dry ditch was mined around the rest of the structure. The large size of the mote suggests that the castle was conceived both as a fortification and as the lord’s residency from the beginning.

In September 1914, Reigate evolved into a garrison town. Constituents of London’s Own Territorials were billeted in the city whilst partaking in training in the local area. In addition, Reigate Lodge was utilised as an Army Service Corps supply depot. However, the wartime economic actions imposed on the town between January 1917 and February 1919 resulted in the closure of the Reigate railway station.

By the time the First World War ended, there were three interim hospitals for the armed forces in Reigate. The largest of which was the Hillfield Red Cross Hospital. This unit was opened on 2 November 1914 and was fitted with an operating theatre and fifty beds. As well as treating injured soldiers hauled home from overseas, the establishment also treated troops garrisoned locally.

5000+ evacuees from London were dispatched to the Reigate and Redhill region at the beginning of the Second World War in September 1939. Yet, by February of the next year, about 2000 had gone back home. The caves underneath Reigate Castle were transformed for use as public air raid shelters, with the first bombing raid on the town taking place on 15 August 1940. After that, there was a string of attacks in November 1940, including when Colley Hill and Reigate Hill were bombarded. In 1944, the Tea House café located at Reigate Hill was totally obliterated by a V-1 flying bomb.

From 1974 onwards, Reigate has been one of four main villages in the borough of Reigate and Banstead and is a well-populated slice of London’s famed commuter belt. Much of the North Downs is owned by the National Trust, including Colley Hill, to the north of Reigate.

Reigate Priory F.C. was launched in 1870, just seven years behind The Football Association’s creation. Reigate Priory F.C has played its home games in Park Lane for the whole of its history.
Since its beginning in 1897, South Park F.C. has been a Redhill & District Football League member. The club originally played home games in upper South Park, between Crescent Road and Church Road. In the late 1920s, it repositioned to its present premises in Whitehall Lane.